The NFL rumor mill has just pumped out it’s latest–Brandon Marshall is on the radar of the Baltimore Ravens.  This one makes perfect sense.  Marshall is a stud receiver that now desperately wants out of Denver and Baltimore has been searching for a true #1 since their move from Cleveland. Though  Marshall has had his fair share of incidents off the field, he proved last year he is a top 5 wideout when he suits it up.   The question isn’t really IF the Ravens would want him, but CAN he stay out of trouble and not suffer a major suspension from the Commissioner.  Roger Goodell is going to crack down on players that are involved and convicted of domestic violence, as he should, and  if Marshall has another incident he could easily become his first major case.   Keep an eye on this one. 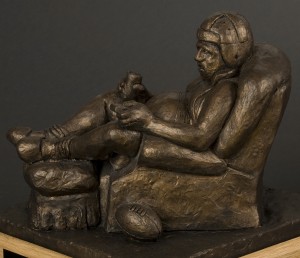