It’s been pretty hectic at FantasyTrophies.com lately. Mainly because I recently decided to take part in the Fantasy Football Fest in Atlantic City. Even though it’s not until August 18th and 19th, I’ve had to start building the backdrop for my booth along with putting together some material to handout. Make sure if you’re planning on going you stop by and say hello.
This is also the time of year though that I really try to build up some inventory for the start of the fantasy football season. I’m trying my best to have trophies ready to go so that when your league needs their trophy ASAP I’ll have it packaged up and out my doors within a few days. That’s the plan. Now back to work so that I can make that happen. – Dave 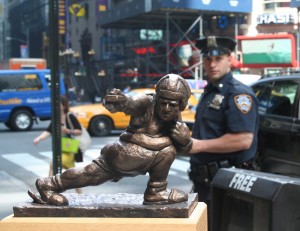