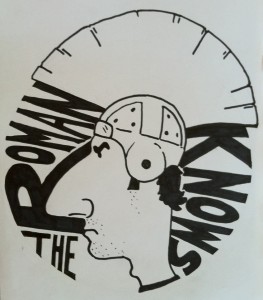 For the 3rd time in the 21 year history of my fantasy football league, I’ll be the proud recipient of our league’s trophy- “THE FEDELE”. Yes, my team,”The Roman Knows”, defied the odds and won the entire thing by beating last year’s champs, my buddies Bill and Dan. After losing my first round pick, Jamaal Charles, in the second game of the season and then Fred Jackson at about the midway point- I thought my year was over. However, Matthew Stafford, Wes Welker, Aaron Hernandez, Larry Fitzgerald, Mike Tolbert, Felix Jones, John Kasay and Dqwell Jackson carried me the rest of the way. Believe it or not no one has ever won my 14 team league 3 times and my friends back in Cleveland know that I’ll be bringing that up come next September.
One thing is certain- “THE FEDELE” will be flying back to Brooklyn with me after our draft.
(note to my wife: make room now because I plan on keeping him for awhile) 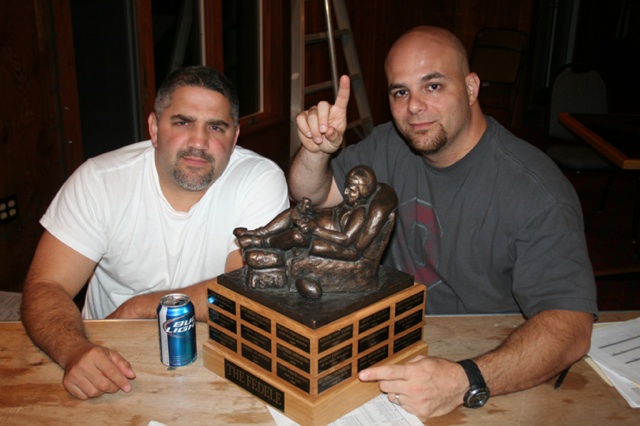