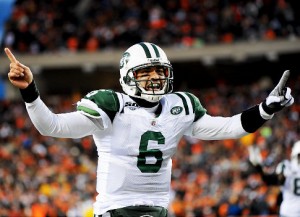 I gotta say, I didn’t see the Jets beating the Chargers. San Diego was on an eleven game winning streak and playing at home. The Jets had come off, for the most part, an easy game against the Bengals and still had a rookie QB calling the shots. I’m sure I wasn’t the only one who thought the Chargers were going to take it to the green and white.
Wow was I wrong. The Jets didn’t panic when they were down 7-0 continued to pound the football and kept Mark Sanchez upright most of the game. Sanchez knows he’s still the weakest link on the team and if he limits his mistakes the Jets have a chance to win. All he needs to do is look on the other side of the ball and watch his defense punish their opponents.
The Jets defense doesn’t remind of the Ravens when they won the Super Bowl, but Mark Sanchez’s play does bring back memories of Trent Dilfer. Dilfer was asked to hand the ball off, throw safe passes and no matter what- don’t make mistakes. The defense was the key to winning and Dilfer knew it. His main job was not to drive the bus off the road. Sanchez may not win a Super Bowl this year, but he sure has become one hell of a bus driver. -DM 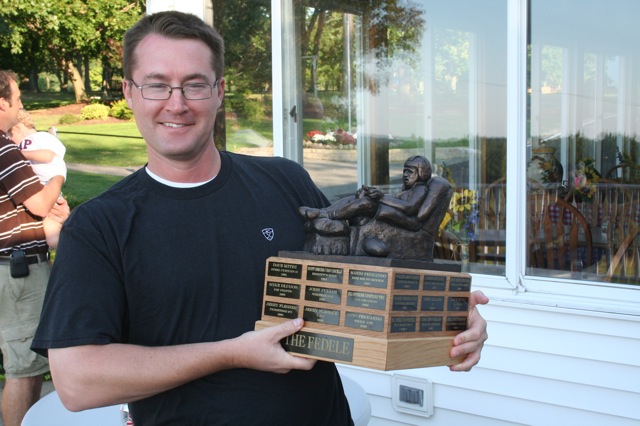