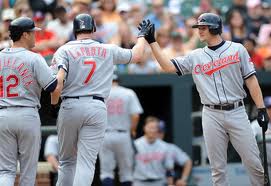 It’s May 4th and the Cleveland Indians have the best record in ALL OF BASEBALL at 20-8 and are on a 7 game winning streak. Considering they were NEVER even in first place in their own division last year, it’s obvious why fans like myself are still very skeptical of this incredible start. It also might have something to do with the fact Cleveland fans have had to endure an almost unending bombardment of disappointment from their sports teams.
But could this team be different?
The Indians have one of the most surprising pitching staffs in the entire league, a lineup that seems to continually hit when it matters most, a solid and respected manager and their best player showing no signs of an injury that kept him out for almost all of 2010. Yes, they have all of the signs of a team that could, and should, contend in the American League. So why aren’t the seats filled at Progressive Field and fans talking about Grady Sizemore 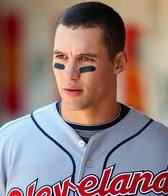 instead of a 330 lb defensive tackle from Baylor taken in the first round by the Cleveland Browns? It’s pretty simple. We don’t fully believe just yet. A hot start is just that- a start. Cleveland fans need more. They need a solid May and June and then you’ll see Progressive Field looking like it did back in the day when it was known as the Jake and was the hottest ticket in town.
Of course those teams still lost twice in the World Series and ripped our hearts out, but that’s for another day. -DM