I’ll admit that even though I didn’t post my predictions for last weeks games, I’m man enough to admit I bombed on the Bengals and Pats. I thought both teams would find a way to win close games at home. I was wrong.
I will say that I got the other games correct, including the Cardinals over the Packers. That was going to be my one “upset special”. I realize 2 out of 4 isn’t that great. I’ll do better this week.

Arizona at N.O.- I’m going with Arizona. Even though it looks like Boldin may not play, the Cardinals are hot at the right time while the Saints laid a huge egg at the 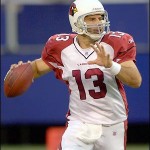 end of the season. Kurt Warner played like a man possessed against the Packers and I think it’s going to carry over against the Saints. It’s going to be a shootout, but Arizona looks like they may be repeating their fortunes of last year. Cards 41- Saints 35

Baltimore at Indianapolis– This is a tough game to pick. Indy only beat Baltimore by 2 points during the regular season and the Ravens look like a much better team going into Saturday’s game. Ray Rice is the key for two reasons. He takes pressure off of Joe Flacco and he keeps Peyton Manning off the field. However, I think the Colts pull off a close one again because they have too much fire power and Flacco won’t be able to put up enough points through the air. The Colts are clearly going to have 8 man fronts and dare Flacco to beat them. He won’t. Balt. 17- Colts 24

Dallas at Minn.– Dallas may be playing their best football at the right time, but it still won’t be enough to beat the Vikes. Brett Favre will run a balanced attack with Adrian Peterson being able to slow the rush of the Dallas front 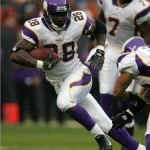 four. The last thing Favre wants to see is the Dallas pass rush teeing off on him. Tony Romo on the other hand is going to be seeing Jared Allen and the rest of the Vikings D-line in his face all afternoon. Dallas 27- Minn. 31

N.Y. at S.D.– The Chargers are the furthest thing from the Bengals right now and the Jets will soon realize the difference. Philip Rivers is playing MVP type football and the running game will still need to be respected. L.T. is not the same guy he once was, but he’s still a threat out of the backfield and Darren Sproles can take it the distance any time he touches the ball. The problem the Jets are going to have is controlling Antionio Gates over the middle and relying on Mark Sanchez in the 4th quarter to try and keep them in it. I just don’t see the Jets having the fire power or the cover guys, outside of Revis, to control the Chargers receivers. N.Y. 17- S.D-35