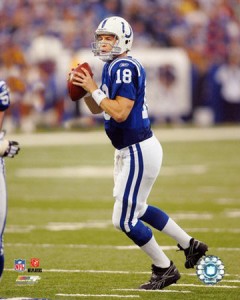 I’ll be the first to admit that my picks throughout the playoffs have been pretty piss poor. However, I’ve listened to many of the “experts” on television and radio and quite honestly I wasn’t that far off from what they believed. That being said- let’s try this thing again.

I’ve been picking against the Jets every week and I’ve been burned each time. Their running attack has been incredible and the defense might be even better. Sanchez has limited his mistakes and looks to have matured at the most opportune time. Revis is a pure stud who can shut down the other teams #1 receiver and force an offense to throw to one side of the field. Rex Ryan has the entire team buying in to what he’s selling and the Jets have definitely peeked at the right time.
The Colts have Peyton Manning.
My pick Colts 24-13

This game is so tough to pick. Favre is playing the best football of his career and they still have Adrian Peterson in the backfield. Jared Allen and the defense is flying all over the place and prides itself on stuffing the run.
The Saints are also looking great and Drew Brees will be even more effective if Reggie 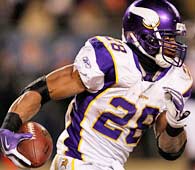 Bush is the same player he was last weeek.
I’m leaning towards the Vikings because I don’t see Bush being that same impact player against a tough Vikings defense and I think Brees is going to have trouble with the pressure that will be coming from up the middle and from Allen.
Vikings 31- 28