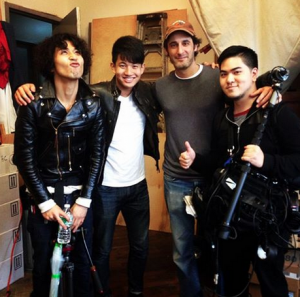 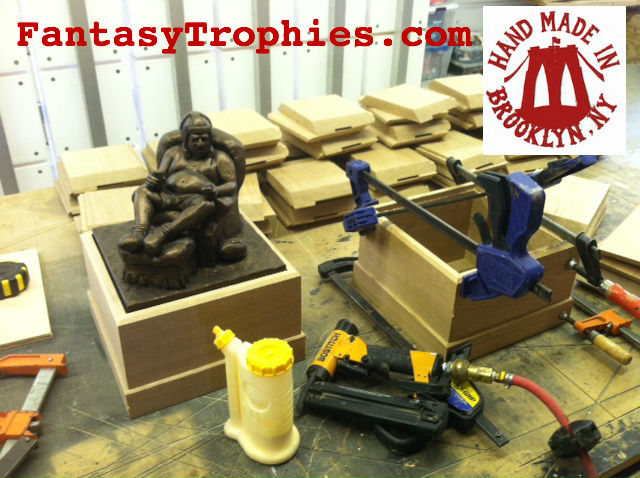 It’s May and that means base building at the shop. With baseball in full swing and hockey and basketball entrenched in their playoffs, orders at FantasyTrophies.com always seem to slow down this time of year. However, work doesn’t. This is prime season for stocking up on trophies for football season and also building bases. As many of you know, our bases are made from solid white oak and given a poly finish. This enhances the rich dark color of the bronzed trophies and really sets off the black engraved plates. I plan on making a video soon on the process each base goes through before it’s shipped off to a customer, but for now, just be assured that all bases are definitely given A1 treatment.