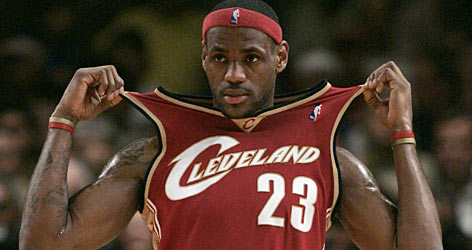 If you grow up in Northeast Ohio like I did, you understand the agony that is associated with it’s professional sports teams.  From  “The Drive” to “The Fumble” to “The Shot,”  each one drives a stake of pain deeper into the collective souls of every fan.   Just say the name Jose Mesa to a Clevelander and you might get a beer thrown in your face just before seeing a right hook  coming your way.   Because of these heartbreaking memories, (along with the river once catching on fire because it was so polluted) Cleveland has been the butt of jokes for years on end.  It’s something that you just learn to take and shake off when you hear national media use your home area as a punchline to a tired and overused joke.

Friday’s decision by Lebron James to return to Northeast Ohio and the Cleveland Cavaliers however helps to change that punchline into something entirely different.  Lebron understands the pain of the area.  He grew up in it as a kid who followed the Browns, Indians, and Cavaliers and experienced the heartbreak right along with so many others.   His letter in Sports Illustrated demonstrated his understanding that Cleveland has been without a championship for 50 years when he said, “Our city hasn’t had that feeling in a long, long, long time.  My goal is still to win as many titles as possible, no question. But what’s most important for me is bringing one trophy back to Northeast Ohio.” 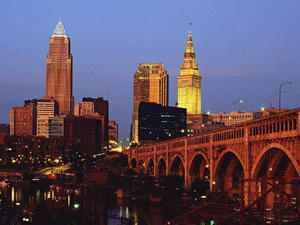 I, like so many others, said one championship in Cleveland would be worth at least 5 in Miami.  Lebron seems to agree to some extent.  He knows what a title would mean to an area that has been so deprived for so long.  He also knows what his return means for so many business owners in downtown Cleveland who struggled to stay afloat in the wake of his decision to go to Miami four years ago.  The economic impact he’ll have on Northeast Ohio will be immeasurable.  Just ask people in Chicago what Michael Jordan meant to their city financially.

Lebron’s decision will undoubtably keep the Cavaliers in title contention for years to come.  However, his return means more than just the hope of raising championship banners.  For many it means the difference between struggling to stay open and being able to pay your bills.  And for that reason I’m most excited to see Lebron return home.