Yes, a small, quick, white guy in the NFL is a pure stud and his name is Wes Welker. First off, the guy catches everything thrown his way and runs routes with the precision of a surgeon. It’s obvious if you watch enough Patriots games that Welker is Tom Brady’s #1 target and that Randy Moss is the main benefactor in Welker occupying the underneath to intermediate routes. Moss may be a freak when it comes to WR’s, but Welker isn’t far behind. Welker is the kind of receiver who you gotta love to watch. He’s 5′ 8″ and 195 lbs. taking on LB’s who are 6′ 3″, 250 and hit with the force of a kicking mule. The man clearly has the gonads of very few……especially the wr’s in the NFL. 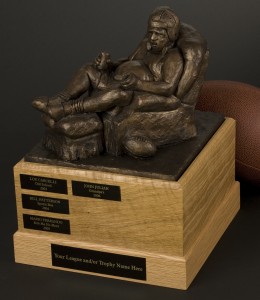